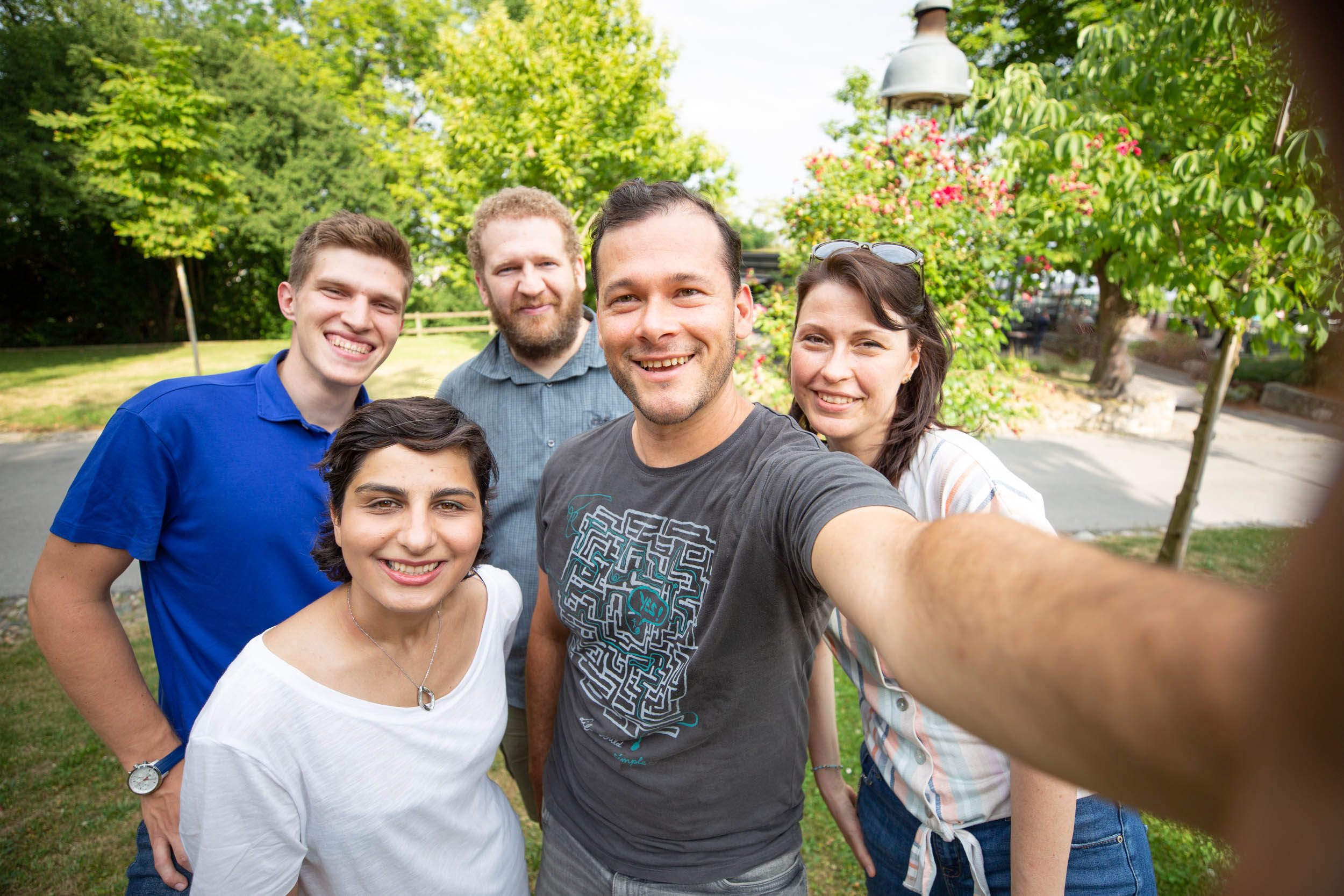 My journey with Machine Learning and Gaming started when I was 8 and my parents bought their first PC, a Commodore 286, that I started using mainly for gaming. I immediately got hooked and that’s how my passion for games started. I think it’s a common story for many people especially in the late 80s early 90s. Computer games were not as widespread as they are today so every new game we got our hands on was super exciting.

I remember teaming up with friends after school trying the next new game; it was a really cool time. Already back then, I started to play with QBasic which was pre-installed on commodore. Driven by childish curiosity, I started to program my own games, so my passion for games has been with me as far as I can remember. A bit later, I started developing an interest in AI. At once, I discovered how difficult it is to program and to teach a computer to perform seemingly easy tasks, but also how amazing the human brain is in comparison – how it can do and learn so many things so effortlessly. There was this huge gap between human intelligence and what computers were capable of.

I recall how in 7th grade my math teacher asked the class if we thought that artificial intelligence could ever become as intelligent as a person. I found the question quite intriguing, and even if I didn’t know the answer back then, I surely wanted to find out. At that point it was clear that I wanted to study computer science, and I did my Master’s degree in Artificial Intelligence and Machine Learning. During that time I had the chance to cooperate with some of the top scientists in computational neuroscience, from whom I could gain more knowledge about how the human brain works.  Working on that made me realize that academia would still take a lot of time to reverse-engineer the brain. And, as a person who loves a fast-paced environment, I decided to go into a new industry and try to actually build something that works today.

I started with a gaming company, which was exciting for me, as AI and especially deep learning hadn’t really set foot there yet, and I saw the potential for it becoming a key technology in gaming. Not too long after, it turned out I was right. I got the amazing opportunity to lead the AI team working on the Microsoft Flight Simulator 2020. My team developed a large-scale aerial image segmentation system to create a digital twin of our planet with more than 1.5 billion 3D building reconstructions, and 30M square kilometers of vegetation, all at a high level of detail.

What’s next? We’ve really just got started – we’re now building the next-gen digital twin of our planet with even greater detail, that serves not only gaming, but a much wider range of applications and industries. Stay tuned…

Close Menu
We use cookies on our website to give you the most relevant experience by remembering your preferences. By clicking “Accept”, you consent to the use of ALL the cookies. for more info visit this page
Cookie SettingsAccept
Manage consent

This website uses cookies to improve your experience while you navigate through the website. Out of these, the cookies that are categorized as necessary are stored on your browser as they are essential for the working of basic functionalities of the website. We also use third-party cookies that help us analyze and understand how you use this website. These cookies will be stored in your browser only with your consent. You also have the option to opt-out of these cookies. But opting out of some of these cookies may affect your browsing experience.
Necessary Always Enabled
Necessary cookies are absolutely essential for the website to function properly. These cookies ensure basic functionalities and security features of the website, anonymously.
Functional
Functional cookies help to perform certain functionalities like sharing the content of the website on social media platforms, collect feedbacks, and other third-party features.
Performance
Performance cookies are used to understand and analyze the key performance indexes of the website which helps in delivering a better user experience for the visitors.
Analytics
Analytical cookies are used to understand how visitors interact with the website. These cookies help provide information on metrics the number of visitors, bounce rate, traffic source, etc.
Advertisement
Advertisement cookies are used to provide visitors with relevant ads and marketing campaigns. These cookies track visitors across websites and collect information to provide customized ads.
Others
Other uncategorized cookies are those that are being analyzed and have not been classified into a category as yet.
SAVE & ACCEPT