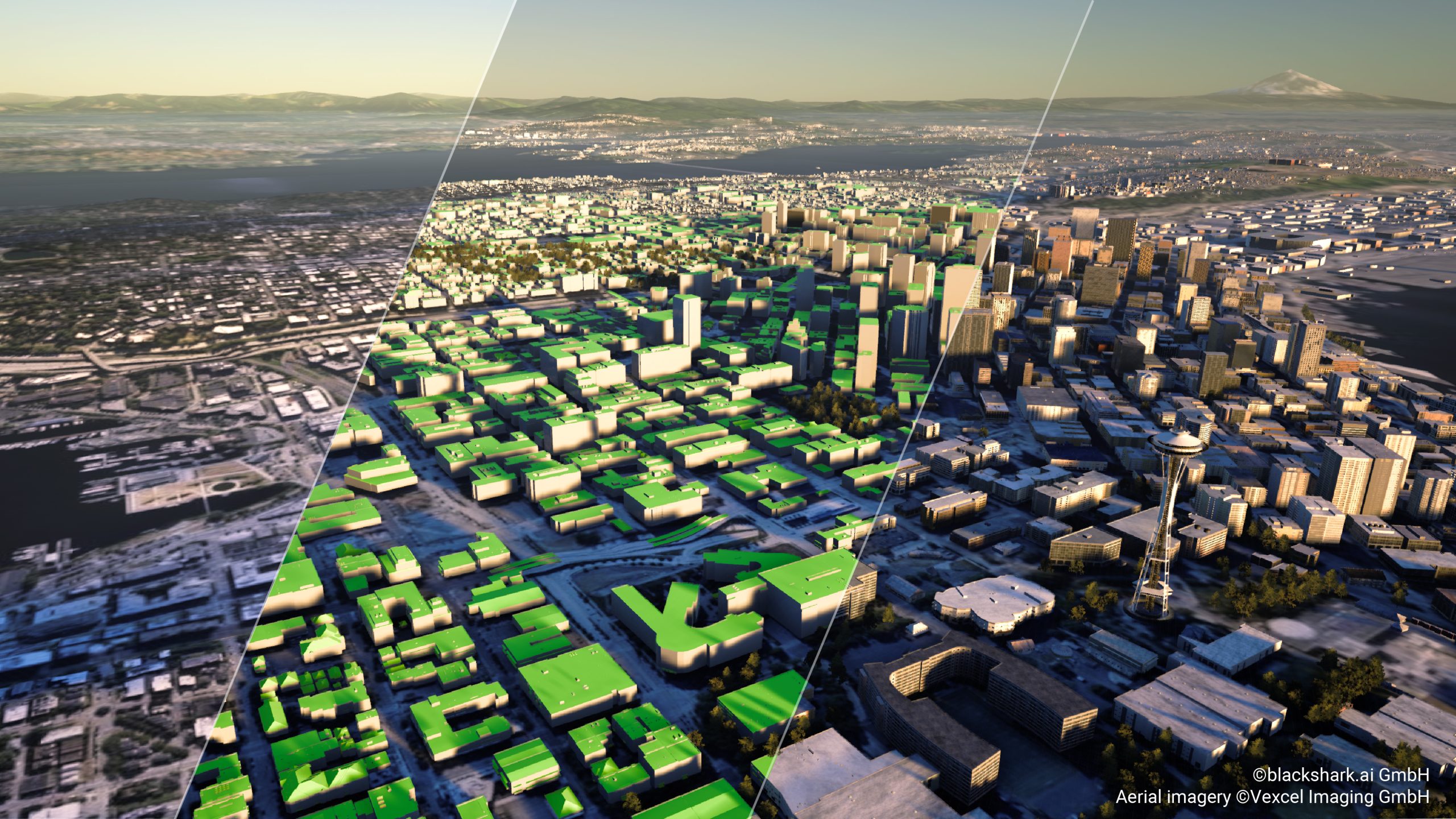 Blackshark.ai are the brains behind a vast open world and semantic 3D map as seen on TechCrunch. Accomplishing this global-scale 3D representation of our planet requires massive cloud computing, a novel approach to Artificial Intelligence for feature detection and procedural rendering technology, all combined creating a photorealistic 3D digital twin of our world, generated automatically from satellite imagery as input data only.

To make this patented technology accessible to empower countless industries, Blackshark.ai has chosen Epic Games’ Unreal Engine as the first game engine that they will support, putting the whole globe into anyone’s hands. The Blackshark.ai Globe Plugin provides access to a semantic 3D digital twin as well as to a realistic synthetic training and simulation environment. Both solutions unlock use cases for various industries and applications such as professional simulation and training, governmental geospatial services, humanitarian relief, metaverse innovation, insurance, real estate, AEC, and 3D mapping.

The AI-detected information about the terrain, buildings, infrastructure, and vegetation of the entire globe is streamed from the Blackshark.ai servers into the Globe Plugin for Unreal Engine, and is then rendered in real-time and can be used via an API at the same time. With the plugin, customers are able to combine their own worlds using Unreal and new architectural designs can for instance easily be integrated into realistic city scenes, or large-scale prebuilt scenes can quickly be combined with Blackshark.ai’s entire globe. At the same time, the semantic data representation makes it easy to filter for specific building aspects like building types, heights, or roof slopes or even simulating large-scale energy reduction effects through shading or insulation measures.

The Blackshark.ai Globe Plugin is currently available in closed beta upon request. Several companies have already been integrating the Globe Plugin and SDK into their simulation tool chain in close partnership with the development team. General availability in the Unreal Engine Marketplace is planned for early 2022.

The plugin will be free and a demo version on the Unreal Engine Marketplace will contain certain example cities and areas including terrain, buildings and vegetation. Larger scale semantic 3D maps and synthetic training environments will be available on a yearly subscription model, with license fees depending on the size of the area of interest (city-scale up to the whole globe) and number of included data layers (terrain, buildings, vegetation, waterbodies, roads, etc.).

Blackshark.ai recently received the Epic MegaGrant, which will be used to accelerate the development of the plugin. More details about the availability of the Blackshark.ai Globe Plugin will be announced closer to the launch of Blackshark.ai’s “Global Digital Twin”.

Stay tuned — the whole world will soon be in your hands.

Close Menu
We use cookies on our website to give you the most relevant experience by remembering your preferences. By clicking “Accept”, you consent to the use of ALL the cookies. for more info visit this page
Cookie SettingsAccept
Manage consent

This website uses cookies to improve your experience while you navigate through the website. Out of these, the cookies that are categorized as necessary are stored on your browser as they are essential for the working of basic functionalities of the website. We also use third-party cookies that help us analyze and understand how you use this website. These cookies will be stored in your browser only with your consent. You also have the option to opt-out of these cookies. But opting out of some of these cookies may affect your browsing experience.
Necessary Always Enabled
Necessary cookies are absolutely essential for the website to function properly. These cookies ensure basic functionalities and security features of the website, anonymously.
Functional
Functional cookies help to perform certain functionalities like sharing the content of the website on social media platforms, collect feedbacks, and other third-party features.
Performance
Performance cookies are used to understand and analyze the key performance indexes of the website which helps in delivering a better user experience for the visitors.
Analytics
Analytical cookies are used to understand how visitors interact with the website. These cookies help provide information on metrics the number of visitors, bounce rate, traffic source, etc.
Advertisement
Advertisement cookies are used to provide visitors with relevant ads and marketing campaigns. These cookies track visitors across websites and collect information to provide customized ads.
Others
Other uncategorized cookies are those that are being analyzed and have not been classified into a category as yet.
SAVE & ACCEPT